On Thursday the 7th of April, 2016, the 3rdACA conference will take place. The theme of the conference is ‘Aging with resilience: ‘innovative visions for getting older’.

The morning program is scientifically oriented and mainly focuses on geriatric researchers and geriatric care professionals. During the plenary part the connection between lifestyle and healthy aging is investigated. There will also be an explanation about integrated person-oriented dementia care. During the parallel sessions several studies related to ACA will be further discussed.

The afternoon program is interesting for everybody. During this part the well-known Erik Scherder will interview several professors and researchers. Afterwards, the “Codde and Van Beresteyn Gerontology prize” will be awarded to the researcher(s) with the best poster. In summary, it will be a rich and informative program!

The afternoon will end with a yet to be announced act, followed by a drink.

We hope to welcome you on the 7thof April on the ACA conference!

There are no reviews yet. 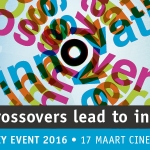